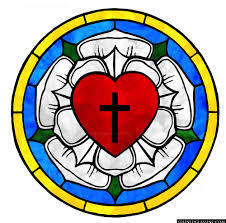 A few days ago we received a small package in the mail from Lorraine’s sister-in-law in Regina. This was intriguing – a package. We opened it with curiosity and anticipation.

Photographs! Photographs from past decades, all the way from when our kids were toddlers up until they were teens. An enclosed letter provided an explanation: the photos were from a collection that was part of Lorraine’s late parents’ belongings. Since these particular photos featured our family, they were sent to us as mementoes, warm reminders of times past.

You know, a candid photo of people typically captures a moment in their lives. It may be nothing more than that – simply a moment in time – or it could serve as an enduring portrait of one or more of the subjects. In fact, that’s one of the goals of formal portrait-photography: to capture and portray something of the character of the person, and preserve it for posterity.

But you won’t find that in orthodox Islamic art. In orthodox Islamic art you will typically find arabesque, which is decoration based on various kinds of lines and geometric patterns. It intends to convey something of the transcendence and power of God, as well as the spirituality of humans. But it also intends to “fill space” so that it is impossible to portray the image of humans … and certainly not the image of God.

How come? It’s because of the First and Second Commandments. Orthodox Islam, like orthodox Judaism, forbids the depiction of humans and God.

This helps us understand what’s going on in the Gospel reading for today, from Matthew’s Gospel. Among the ancient religions that pre-date both the Christian faith and Islam, Judaism was unique in its teaching and strict enforcement of imageless worship: no statuary, no icons, no graven images.

Prayer of the Day: Sovereign God, raise your throne in our hearts. Created by you, let us live in your image; created for you, let us act for your glory; redeemed by you, let us give you what is yours, through Jesus Christ, our Saviour and Lord. Amen.

It’s all about that coin that the Pharisees and the Herodians showed Jesus. They showed it to him and asked him whether it was lawful to pay taxes to the Roman emperor.

The tax in question was the poll tax. That was a tax for simply being alive. No particular services were rendered by the empire in exchange for the tax. It was just one of the Roman Empire’s strategies for raising the funds that it needed in order to run the local government and the military – including the occupation forces in Galilee and Judea. And beyond that, to support the excessive lifestyles of the top elites, both locally in the various territories in the eastern Mediterranean world, and back in Rome.

The part that was most galling was the crisis of conscience that the payment of the tax provoked for devout Jews. When they obediently paid the tax to Caesar, not only were they effectively financing his rule over them, they were also acknowledging his supremacy. That was an offence to their convictions that God alone was their ruler.

The coin revealed the offence and added to it. On one side was the inscription, “Caesar is Son of the Divine”; and on the other side, “Chief Priest.” For the people who believed in the One True God, even handling such a coin was an affront. Paying the poll tax with such a coin was idolatry.

Caesar, who neither worshipped nor even acknowledged the One True God, could hardly be the true Son of the Divine. And yet, there was Caesar’s image, on that coin. Judaism was unique among ancient religions by teaching and strictly enforcing imageless worship: no statuary, no icons, no graven images.

And so the Pharisees and the Herodians, who otherwise were enemies, suddenly became allies. They collaborated to trap Jesus with this coin and this question. It looked like a no-win situation for Jesus. There was danger on both sides of the issue. If he advised payment of the tax, then the Pharisees could discredit him and arouse devout people against him. If he advised people not to pay the tax, then the Herodians could take reports back to Herod Antipas, the ruler of Galilee and Perea, that Jesus was a rabble-rouser and possibly an insurrectionist.

Just what did he say?! On one level we could say that it was a neat manoeuvre by Jesus to avoid the trap that had been set for him. We could say that he threw the question back onto the conspirators … and effectively said nothing.

But Jesus is indeed saying something, something important and essential about the One True God, who is now revealing the divine image in the Only Begotten Son of the Father.

Hence my sermon title, Inscribe In Me.

God-in-Christ wants you and me as subjects of God’s reign. God-in-Christ is moving in on each one of us – perhaps en masse like the Chosen People of ancient times, but more likely one by one. God-in-Christ indeed has an image. You can see him depicted in our churches. Yes, we dare to erect a “graven image” of God! We dare to say that God has taken human form!

Look at God-in-Christ as depicted in the artwork that we typically see in so many of our churches. One example is Jesus praying in the Garden of Gethsemane. There we see the Son of God agonizing over his dilemma. He is the true Son of the Divine, embodying the will of God in heaven. He is in the world in order to carry out that holy will. And yet, his obedience will lead him to the cross.

That leads to another depiction: the crucifix. Not many of our Lutheran churches display the crucifix (I suppose we think it’s “too Catholic”), but we certainly should; for together with the New Testament witnesses we proclaim Christ crucified. In the crucifix we see God’s Anointed One, his face marked with the agony of bearing the guilt, shame, and humiliation of a world that doesn’t want God on God’s terms of unmerited, forgiving grace.

We bear this mark upon our brows and in our hearts; for when each of us was baptized into the name of the Triune God we had the mark of Christ inscribed upon our beings – ritually by the pastor who baptized; and really, actually by God, our creator and redeemer. The image of God-in-Christ is in each one of us. Here is God’s reign in us, among us, and over us!

And because of it, together with Christ we can indeed render unto Caesar what is Caesar’s. For example, it is not necessary for us who are in Christ that our mayor, premier, or prime minister believe in the One True God. For we trust that God provides for us faithfully not only in Word and Sacrament – the means of grace of the New Creation – but also through the institutions and processes of the Old Creation.

Thus the most important characteristic or trait that a temporal ruler should possess and exhibit is the ability to govern. He or she should draw intelligently upon his or her skill and training, and further draw upon the collected experience and wisdom of generations of government. Now, if she or he is also a person of Godly faith, well so much the better. But in the exercise of political office in our land we would rather have sound judgement from a person who happens to be an atheist, than poor judgement from a person who happens to be a Christian.

And we will pay taxes to the government regardless of the political stripe or personal convictions of the leader. After all, we know we have to pay taxes in order to have a government. Our temporal rulers are not emperors like Caesar Augustus or Tiberius or Caligula who conquer us and lord it over us. Rather, they are chosen by us through a democratic process.

We should give our allegiance to our governments and pray for our leaders for the sake of good order, respect, and a peaceful civil life; for God has provided us with this society for the sake of the common well-being.

We will even want our temporal governments to govern our churches and religious organizations, as is the case here in Canada. There are good reasons for that, even though we may not always agree with every law or policy enacted by those governments. After all, we do not want to repeat what happened in Europe in the 17th century, when in the name of religion princes and kings launched various military campaigns that proved to be terribly bloody and destructive … and ultimately useless. In the name of various stripes of western Christian faith, thousands of people died. In some districts 90% of the population was wiped out either by the sword or by the famine and disease prompted by the wars.

Relating church and state can be a tricky business. Never will it be easy for us to be citizens of both the New Creation as well as the Old. No matter where or when you live, walking by faith is a challenge. Worshipping and serving God above all others while at the same time praying for and supporting good government can create conflicts for people who are in Jesus Christ.

Inscribe in me must be our prayer. Inscribe in me your image. Over my personal story write the story of Jesus Christ. Tell me again, O Saviour, that I belong to God and to no other. I am a proud Canadian and a proud British Columbian; I am a proud member of my city and my families. But tell me yet again, O God, my true identity. Tell me again that I am a child of faith in Jesus Christ.

We will always wrestle with the challenge of relating God and country. It’s inevitable that faithful Christians will not agree entirely with one another on just how that should go. As long as by faith we proclaim Jesus the King of kings and Lord of lords, no political system will ever satisfy every concern.

But this side of Christ’s return in glory, we know who we are and whose we are: we are children of God through our Saviour Jesus Christ. And serving God above all others means telling the whole world of God’s mercy and favour for the sake of life, full and free; serving our neighbour in love; and worshipping God as the Creator, Redeemer, and Ruler of all.