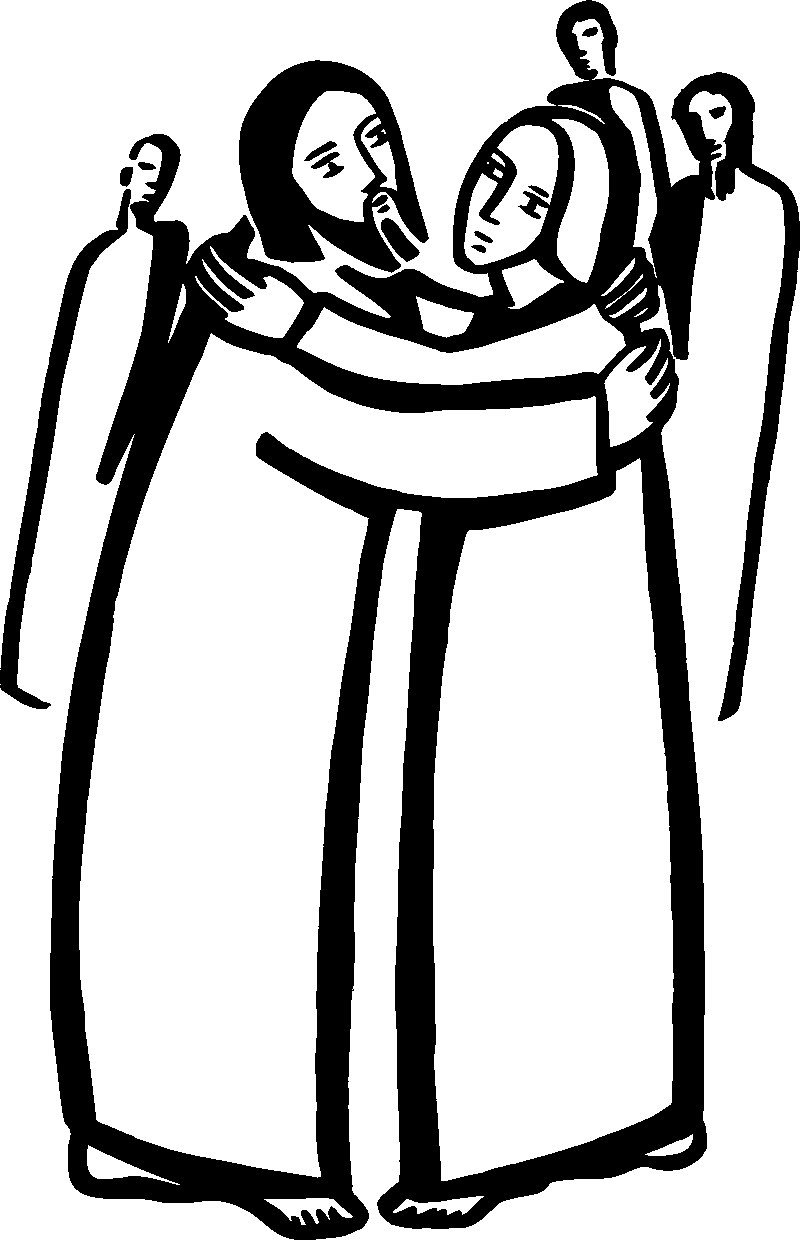 Two weeks ago Jesus said that he is the Good Shepherd and that we are his sheep. We imagine a flock of sheep on a hillside, tended by their shepherd. The shepherd calls the sheep, and at the sound of his voice they come. It’s a lovely, calming image, and it helps clarify that it is God who initiates and sustains our new life and our salvation.

Last week Jesus gave us another image. He said that he is the vine and we are the branches. God the Father, the vinedresser, prunes the branches which don’t bear fruit. But the heavenly vinedresser prunes even the branches that do bear fruit, so that they might bear even more fruit. The point is this: God wants to produce a rich harvest in you and me.

We can talk about our life together in Christ in other ways. For example, St. Paul speaks of the church as the Body of Christ with Jesus as the head. Or in other places he and other writers speak of the church as the New Temple with Christ as the cornerstone. Jesus himself sometimes speaks of the Family of Faith that he gathers at his table – a family that is fed by him, listens to him, and seeks to learn from him.

There are even more images that we could explore. But the image for today is friends. Jesus tells us that we are his friends.

I think the relational model of friends is the most important one for our time and place. As much as I love the agricultural images for the church – shepherd and sheep, and grapevine and branch, because they bring back memories of my farming childhood – as much as I love them, I must say that I think they don’t translate well into urban settings. Fewer and fewer people come from a farming background. Some city dwellers have never tended gardens or lawns. They have no context for Jesus’ teaching when he draws upon agricultural experiences.

Sometimes I wonder whether the same is true for the image of the family. It’s less useful for the church in Metro Vancouver, for example, to speak of itself in those terms than once was the case. “Family” has become rather weak glue, especially among younger people.

So what does it mean to be a friend? Here the Bible is not much help. Because of the importance of the clan in traditional eastern Mediterranean society, the Bible doesn’t have much to say about friendship.

Okay, there are a few stories, like the friendship between David and Jonathan in the court of King Saul. And then there’s Abraham: God calls him friend, which perhaps is the foundation of Jesus’ act of claiming us as friends. But in the Bible there is no extensive exploration of the nature and meaning of friendship.

On the other hand, doctrines of friendship were readily available in the ancient Mediterranean world. In those societies friendship provided the most important network of relationships outside the family. There were no official structures that provided for people in their times of need, or when they were looking for opportunities for advancement. So people carefully chose and cultivated friends.

Equality was not important in friendships. In fact, you were better off choosing people who were higher than you in social standing; for they could help you by giving you access to legal expertise, or paving the way to favourable business deals.

But if equality was not important, then reciprocity was. If you successfully established a friendship with a highly-placed person with the expectation that he or she would help you in matters beyond your own powers, then that person would likewise expect to be able to assign minor tasks to you for faithful completion.

These kinds of connections were very important. Those who had influence were expected to use it for friends and even for the associates of friends. Those who refused were considered disreputable.

Secondly, now as in ancient times, Jesus’ friendship with us conveys tremendous benefits. Like some highly placed official in ancient Greek or Roman society, Jesus gives us access to one who is even greater – mind you, not to some middle-manager in a pyramid of power, but to the Creator and Master of the Universe. God has revealed the divine mind to the divine son; and this son, in turn, reveals God’s mind to us. We are not like slaves in ancient Mediterranean society. We are Jesus’ friends.

But here’s the biggest, most important difference: we don’t choose Jesus – rather, Jesus chooses us. He doesn’t first check us out to see whether we’re safe. Neither does he choose us for any benefits that he might enjoy. After all, what is there that you or I could offer to the Saviour of the world?! Rather, Jesus chooses us because he loves us. In that respect, Jesus’ friendship is shocking.

Jesus chooses you and me because he wants to give us everything. Jesus lets us in on what God the Father is doing, first of all in order to assure us of our place in God’s eternal reign. There is no need for us to feel anxious about our status before God. God holds us near and dear. And precisely because of that, we go ahead and produce the results which God desires. You and I are freed from ourselves and our voracious needs – freed so that we may befriend others.

People need good, loyal friends. Everyone needs people in his/her life who will listen confidentially, people who will stand in support in fair weather and foul, people who will not take advantage of vulnerabilities but will always act in the friend’s best interests.

Jesus proves himself our truest friend so that his joy may be in us, and so that our joy may be complete. Jesus’ joy in us is perfected in love which is so loyal, so true, so pure, that we would even lay down our lives for one another.

“I have called you friends because I have made known to you everything that I have heard from my Father. You did not choose me, but I chose you. And I appointed you to go and bear fruit, fruit that will last, so that the Father will give you whatever you ask in my name. I am giving you these commands so you may love one another.”